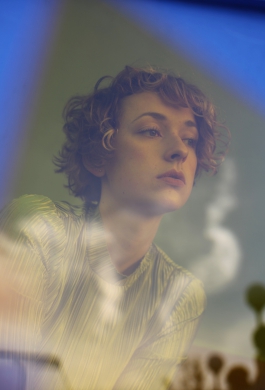 Born 1993 in a small town in Germany. Graduated with a BA in Visual Communication from Berlin University of the Arts in February 2019. Exhibited work in New York City, London, Prague and Berlin. Photographs have been published in various online and print publications including i-D Germany, It's Nice That,  The Weekender, INTRO Magazin, STERN, etc.

May FEATURE photography and writing for »Halm und Hand« appear in The Weekender, issue 34

September SCHOLARSHIP workshop »From Exploration to Self Expression« at NOVA Academy of Arts Belgrade, Serbia, financed by DAAD

May COMMISSION portraits of musician Valentine

November FEATURE »This may be a seed« in IYL Magazine, AM issue

September SOLO EXHIBITION »This may be a seed« at Frollein Langner in Berlin, Germany

March COMMISSION artwork for the Phantoms EP of KHUSHI