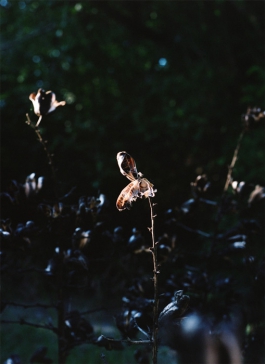 Seven bends in the river

»Seven bends in the river« is a spiritual journey and photographic exploration of Native American culture amongst the Osage, Children of the Middle Waters. The project was developed in Oklahoma, USA, during a stay of six weeks in fall 2018. It consists of photographs and quotes, which were extracted from conversations held with various tribal members. The series explores the interlacement of Native American and American culture, and documents the attempt to untwine these two realities in order to look at the roots of Osage culture. It is as much an insight into modern Osage culture, as it presents the difficulty to grasp the complexity of their identity. The project reflects on the boundaries of representation and the subjectiveness inherent to ethnographical approaches. It examines the invisible line between photographer and subject that is drawn where things turn from being accessible to being private. The Osages, as all Native American communities, have seen their existence threatened for centuries. What has been preserved of their culture is being held dearly and is not shared carelessly. The project investigates this border of accessibility with great sensitivity. »Seven bends in the river« creates an intimate and genuine portraiture of the Osage and was developed in close cooperation with them.

Check out what It's Nice That wrote about the project.